Since the UK release of Volver in 2006, she has conducted a number of public conversations with Pedro Almodóvar. These include a Guardian/NFT interview with Almodóvar and Penélope Cruz; a BFI/Independent event on the release of Los abrazos rotos/Broken Embraces, the hosting of Almodóvar’s 2012 David Lean Lecture at BAFTA, (Recorded and available to watch on www.bafta.org), a further interview on casting and craft for BAFTA's guru website (Click here to watch), a concluding interview as part of The Academy of Motion Picture Arts and Sciences [AMPAS] tribute to Almodóvar in December 2012, and a BFI Masterclass on Women on the Verge of a Nervous Breakdown in 2015.

Her 2016 interview with Pedro Almodóvar for the BFI Season of his work covers both his film Julieta and his wider career in filmmaking. A 2019 interview at the BFI looks at the genesis and realization of Pain and Glory. 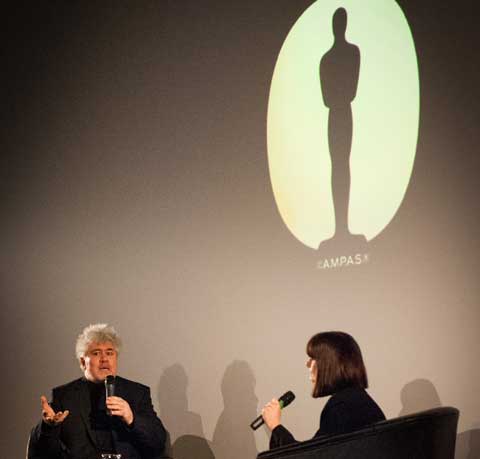 For further information on her film reviews for Sight & Sound and BBC Radio see the “Reviews and Broadcasting” section.